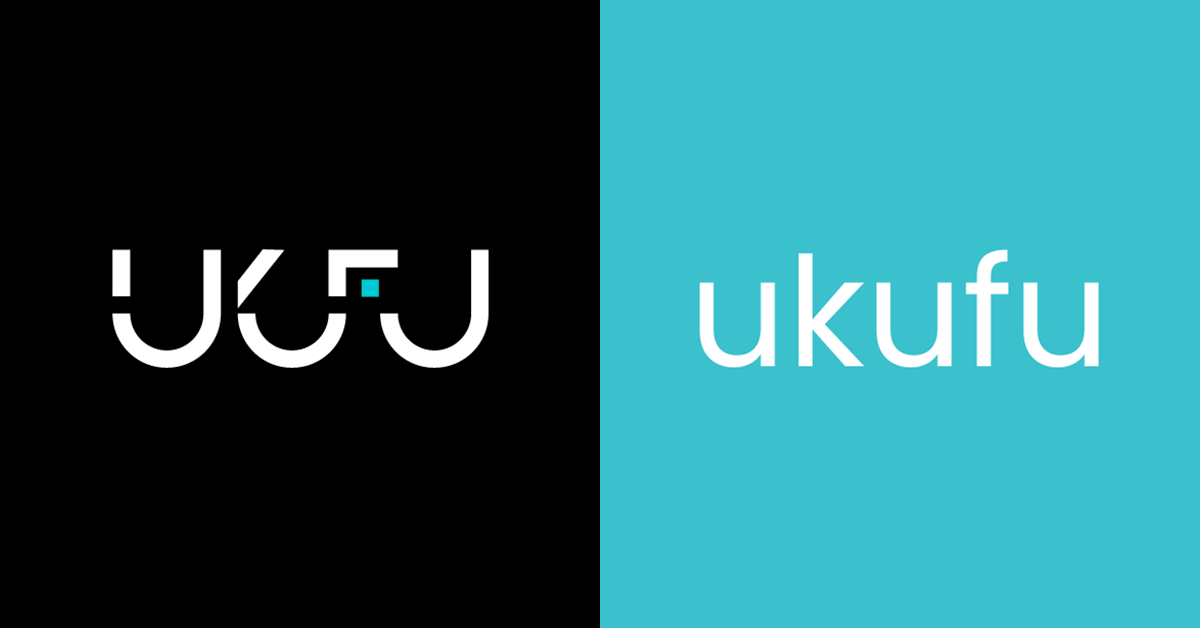 Ukufu's original logo was created as part of the initial Ukufu product prototype, and just like other aspects of the prototype, we always had plans to revisit the logo once the product matured from prototype to production.The original logo design was well-loved and many people found it creatively intriguing. However, through user research, we discovered two limitations with the original logo.

The logo was not obviously readable. Whilst this may have added to the creative touch of the logo, it was also a practical limitation of the logo. This limitation combined with the unusual company name, Ukufu, created friction for new users to get their head around our product name. As a new product, we felt this was unhelpful.

2. Similarity to the Uber logo

The white "U" on a black background, had a strong similarity to the Uber logo, causing some users to open the Uber app when they meant to open Ukufu, and vice versa. Uber is a global and dominant brand, so confusion with their logo was not in our best interest.

Our journey to create a new logo began by the team agreeing on the key ideas we’d like the logo to communicate, such as reading, discovery, staying updated, and learning. From there, we brainstormed imagery and symbols related to those ideas, such as a: newspaper, book, magnifying glass, and parrot.

The team narrowed down these ideas and I sketched a few logo concepts. We regrouped to review the sketches, and I did another cycle of sketches for review.

Next, I started exploring some digital concepts. This involved bringing the concepts to life in Adobe Illustrator and experimenting with different fonts. These digital concepts were reviewed by the team and potential users.

We narrowed down the digital concepts and canvassed some user feedback re these logo concepts. Some of the common feedback included:‍

The all-caps “UKUFU” was perceived to be aggressive and the “FU” at the end was suggestive of a swear word.

The stylised 'F' lacked clarity and some users were unsure what letter it was.

The parrot icon communicated many ideas discussed during the initial brainstorm, such as learning and communication, as well as reading (via the semicolon shape the parrots eye and beak formed).

However, we realised we weren’t ready to make a big branding commitment at such an early stage of the product. There was also some feedback that a logo containing an icon can sometimes appear dated.

It took a few iterations before we settled on a new logo. We explored different fonts, lower case letters, and different symbols based on the feedback we received from potential users and the vision we have for Ukufu.

Eventually we diverged from our original ideas and decided to go with a simple solution. We made this decision with the intention to iterate on this new logo in the near future, once Ukufu is more established and we have a better understanding of our target market and product vision.

The new logo’s font is "Poppins-Regular". It is a clean, modern font, with a bit of quirk and character (just like Kevin, Ukufu's founder 😂).

The new logo is simple and doesn't have the same intrigue as the old logo. However, it solves the previous logo's problems of readability and looking too much like the Uber app. The new logo's simplicity also gives us room to add to it in the future.